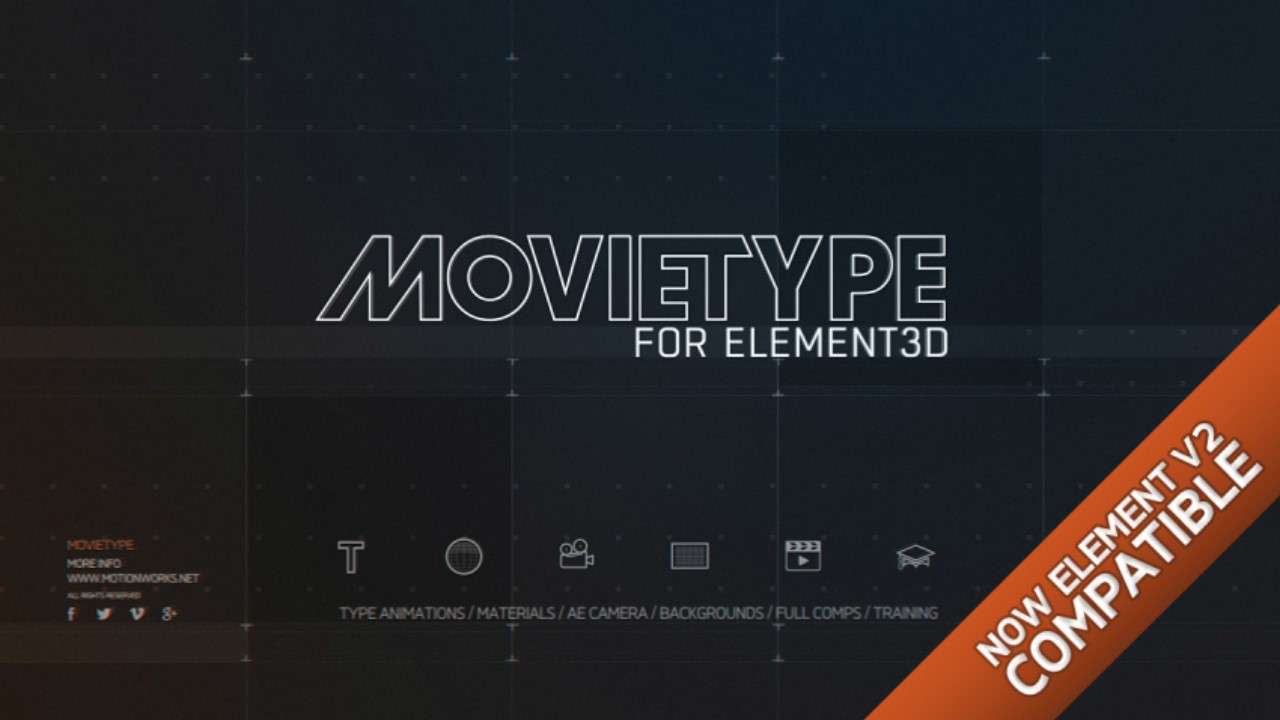 MovieType includes over 1000 combined presets, helping you get that blockbuster movie look with your projects.

MovieType takes the hard work out of animating in Element 3D, allowing you to spend more time doing the fun stuff.

The type, camera, bevel and background presets can be combined in countless ways for both popular and truly unique looks.

As professional motion graphic designers, we built MovieType to allow us to work faster and produce consistently great looking work every time. Following on from the phenomenal success of MovieType For Cinema 4D, MovieType For Element 3D leverages the realtime render engine of Element 3D, with a huge library of presets designed to supercharge your creative options when working in After Effects.

With MovieType For Element 3D you get a creative head start, fast tracking tasks which steal your valuable design time. Use the presets as they are or adjust any aspect of them to create your own unique looks. If you use Element 3D and do any kind of type design and animation in After Effects, you need this pack.